Due to the holidays ending and the fact that I have absolutely nothing to write about, this will be my last post until January 9. That's all I had originally planned to blog about, however when I came online this morning I noticed that several fellow bloggers were doing the New Years Eve Movie Meme created by Rachel at The Girl With the White Parasol, and I decided to do it for my final post in 2011.


1. What is your all-time favorite Grace Kelly costume?


2. What classic film would you nominate for a remake?

5. Describe the worst performance by a child actor that you've ever seen.

6. Who gets your vote for most tragic movie monster? 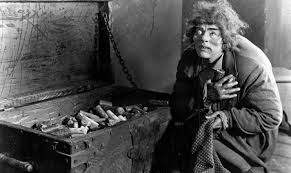 Not the typical "monster", but Quasimodo in The Hunchback of Notre Dame (particularly Lon Cheney's version).

7. What is the one western that you would recommend to anybody? 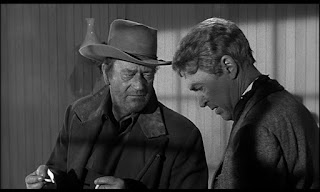 The Man Who Shot Liberty Valance. A close second is The Searchers.

8. Who is your ideal movie-viewing partner.

Anyone who doesn't mind me throwing out film trivia every five minutes. Aka no one I've met yet.

9. Has a film ever made you want to change your life? If so, what was the film?

It's a Wonderful Life, To Kill a Mockingbird, Rebel Without a Cause, On the Waterfront, The Defiant Ones, just to name a few. And almost every film on AFI's 100 Years...100 Cheers.

10. Think of one performer that you truly love. Now think of one scene/movie/performance of theirs that is too uncomfortable for you to watch.

I love Katharine Hepburn, I do. But I'm never watching The Little Minister again.

10. On the flipside, think of one really good scene/performance/movie from a performer that you truly loathe. 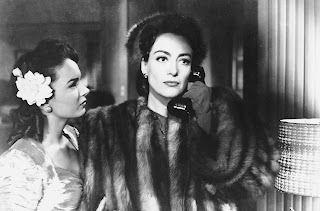 I have a strong dislike for Joan Crawford, but Mildred Pierce is wonderful.

12. And finally, since it will be New Years soon, do you have any movie or blogging-related resolutions for 2012?

Wishing everyone a safe and happy New Year! See you in 2012.

Where to Find Me